Welcome to Slot Magazine… Visit us at Slot fest

This months Top Gear magazine features a guide to this years F1 season with the BBC’s new Formula One presenter Suzi Perry. 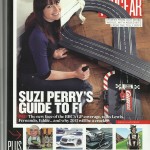 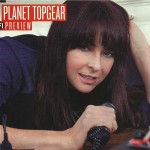 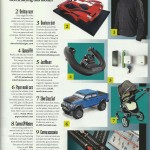 The guide, which is part of the regular Planet Top Gear section of the magazine also features Suzi trying out the one of Carrera’s Evolution sets Grand Prix Masters.  The 7-page insight in to the forthcoming season see’s the BBC’s new face of F1 getting to grips with the Carrera set which acts as a great theme and background to the piece.

As well as glamour of Suzi Perry, the magazine has also featured the 1/32 Evolution Grand Prix Masters set and Carrera accessories in its products page ‘Options List’ in another section of the magazine.

Carrera is now regarded as the leading brand in slot for F1 fans with exclusive licenses with Ferrari and Red Bull as well as a license with McLaren.   Two scales are available 1/43 Go!!! and 1/32 Evolution with sets starting from as little at £54.99!

For further information on Carrera go to www.hobbyco.net or see them at Facebook Carrera UK Slot Racing.

The March issue of Top Gear magazine is on sale now.