SLOT No. 21 now on sale Amazing new Jaguar XKSS from More Than Slot

We have a new Editor here at Slot magazine who brings both Slot and full size motorsport knowledge… here’s a bit about him: 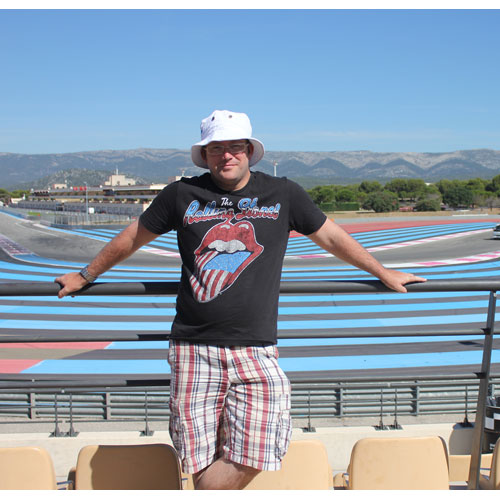 For a day job he is an automotive, aviation and motor sport writer, journalist and PR man, who has worked in every major series on two wheels and four over the past 20 years except NASCAR and Indycar.

Although he has spent more time in F1 than any other series, his preferences are for long distance events – be they rallies or sports cars, although having started out with the British Touring Car Championship in 1996-99 he retains a soft spot for tin tops.

Nick maintains the Scarf & Goggles blog with stories from land, sea and air in the pioneering days of the 20th Century and has been a moderator and contributor to Slotforum.com for more than a decade.

With two teenage daughters who have proven to be a dab hand at slot racing and a four-year-old son who has become obsessed by the Disney ‘Cars’ range from Carrera Go!!!, it seems like the household will echo to the whirl of electric motors for some time to come.